So, I discovered another amazing place!

Who would have thought that there is a little piece of Korea situated in the humble town of Bulacan? Yes, you read it right. If it’s your dream to go to Korea it is now somewhat within reach!

I first encountered this St. Andrew Kim Taegon Shrine or popularly known as the Korean Temple on a travel group I’m following on Facebook and when my brother posted a pictures with his friends to this place. And as soon as I saw the intricate design of the temple on Facebook it piqued my interest and I knew I just had to drop by and check it out for myself. So, I messaged my friend about it and right at that day, November 15, we went there. See, it was an unplanned hangout. Unplanned hangout always happen though. Haha. 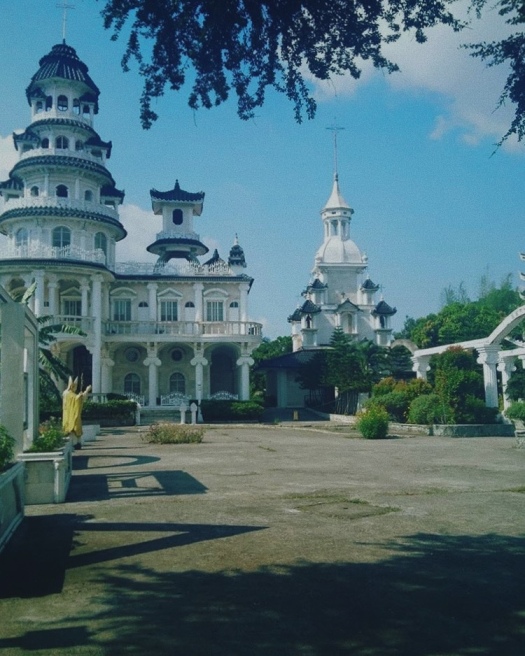 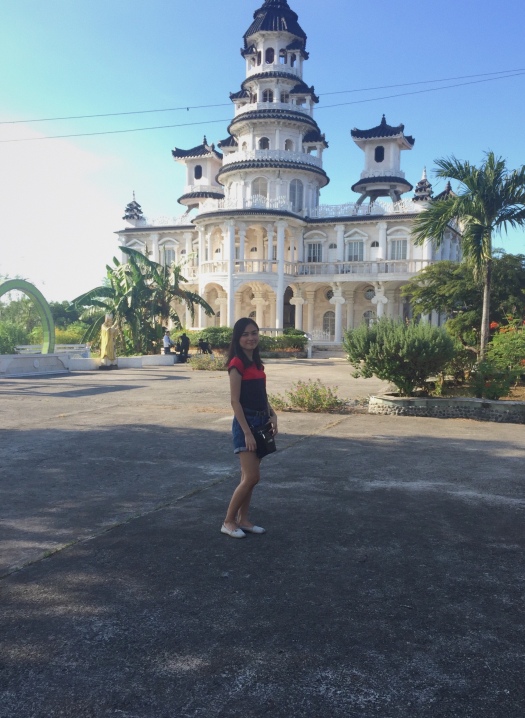 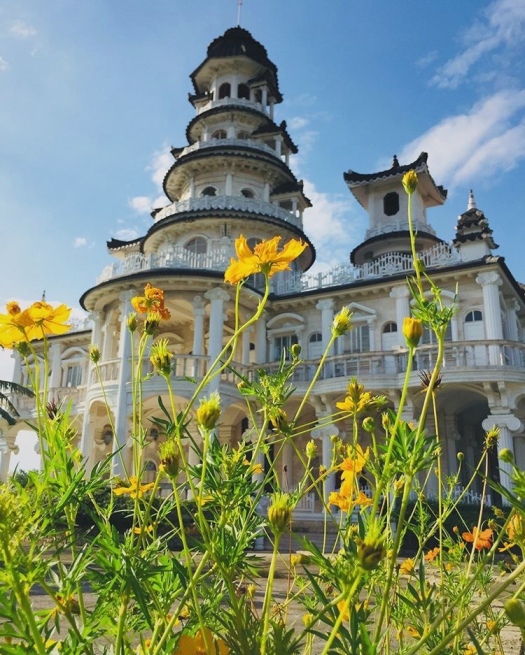 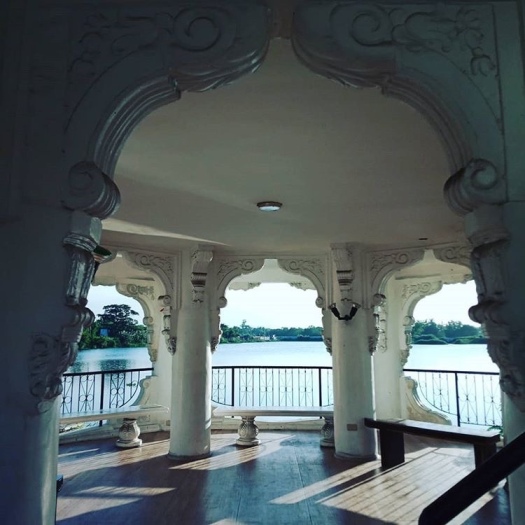 There’s a porch where you can sit by the bench under the tree facing the small river. 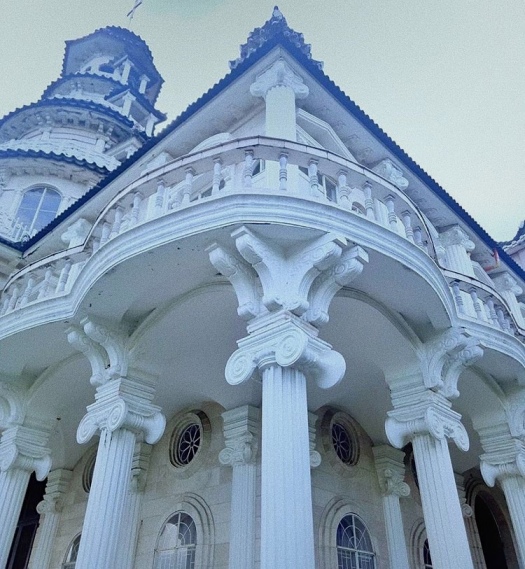 Upon entering this place, you will be welcomed by two notable buildings. The larger one is where the Sunday mass is usually being held while the smaller one features a chapel. This place, by the way, is now in the hands of the Sisters of St. Andrew, a congregation of Korean nuns. The landscape and architecture of the temple are just like on what we see in our favorite K-Pop series or movies.

The temple is dedicated to the Korean Saint – Saint Andrew Kim Taegon . He is the first Korean-born Catholic priest and the patron saint of Korea. It was said that Saint Andrew Kim Taegon stayed in the Philippines in the 18th century. He sought refuge and studied in a place in Bulacan owned by the Dominican friars called “Hacienda de Lolomboy” which was described by Kim Taegon in his diary as a “quiet place of prayer and conducive for retreats.” He left Lolomboy for China where he was ordained as deacon and became a priest the following year.  In 1845, he returned to Korea and led a group of French missionaries and started his mission to evangelize. Because of these missionary activities, he was arrested and was sent to prison in Seoul until he was sentenced to death in Korea as a traitor and in September 16, 1846 he was tortured and beheaded near Seoul on the Han River at the age of 25. 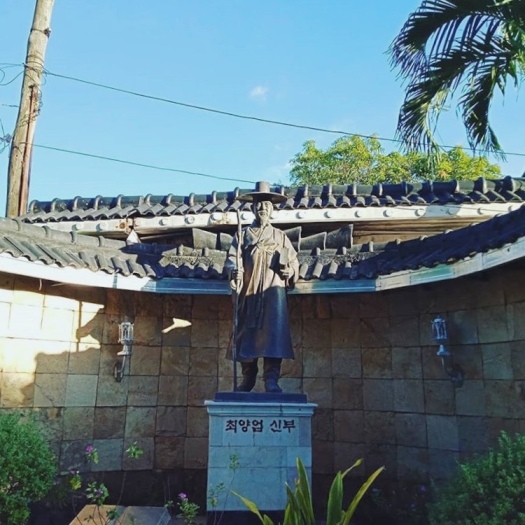 He was then beatified by Pope Pius XI and was canonized by Pope John Paul II in May 1984. The feast of St. Andrew Kim is on July 5 and he is also the secondary patron saint of Lolomboy Parish.

The chapel is quite small but you will notice how intricate the details are.

The upper ceiling and the lavishly beautiful paintings

It was a place of solitude and truly a sanctuary where you can experience tranquility. The Temple is about two hours away from Manila (it’s very neaaaar from where I live. Perks, huh). A great place to visit when you want to pray, meditate and relax and a great quick escape from the hustle and bustle of the city. 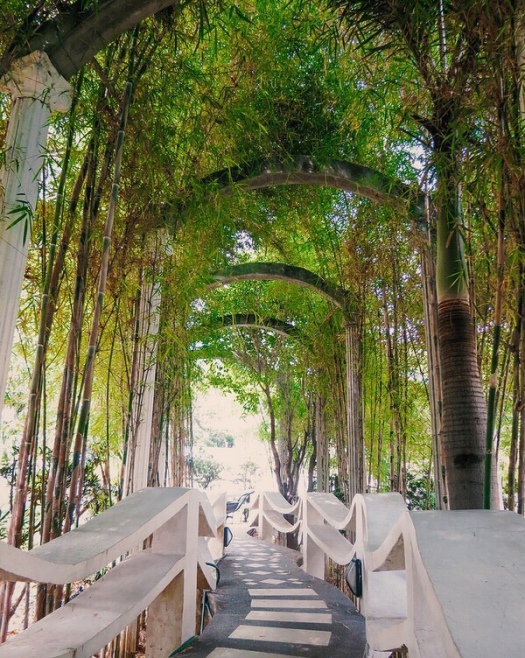 This path will take you to another building where a relic from Saint Andrew Kim Taegon is enshrined.

Some of the structures are still under construction and under repair. But you can still see the unique beauty of this place. 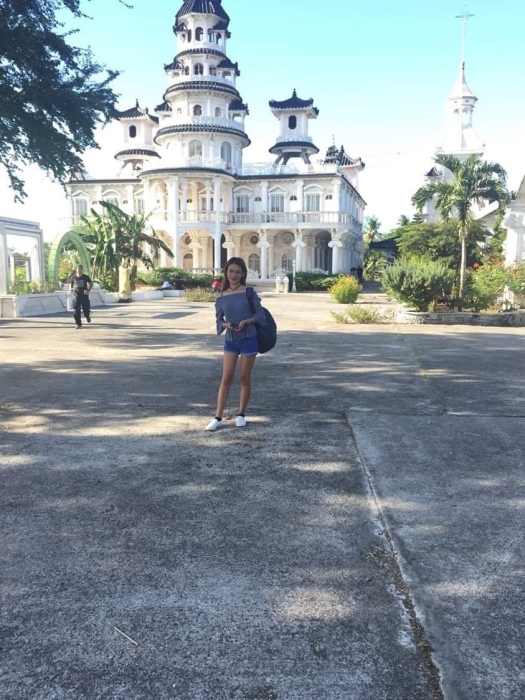 The Monica to my Rachel. 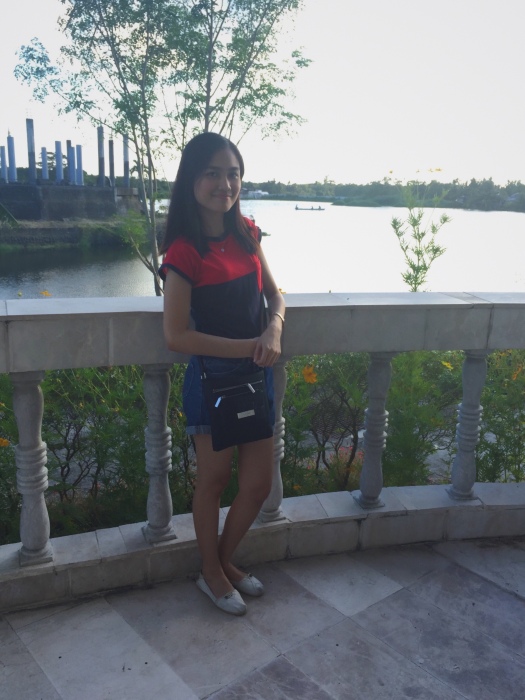 Not to mention, the entrance is free so but kind donation would be appreciated. Donation Boxes were located nearby.

However, keep in mind that it’s a religious sanctuary so make sure to pay respect. Kindly observe silence all the time.

The Shrine and Convent was only open for public from 10am to 12nn and 2pm to 4pm. They close during Mondays. We came on Thursday though. Not sure if weekends they open in public.

How to Go to St. Andrew Kim Taegon Shrine:

There are many ways to reach Lolomboy but if you are coming from the South, here’s what you can do.

From Manila via commute:

•Take MRT and drop off to MRT North Avenue station or ride buses bound to SM North or Trinoma. From the terminal (either from SM North or Trinoma) Ride the German Espiritu bus bound to Balagtas, Bulacan and ask for the driver to drop you off at 7/11 Bocaue. From there, ride a jeepney bound to Marilao. Ask the driver to drop you off at Mcdo Lolomboy. Once you get there, you can walk your way to the shrine (you will pass through the Santo Cristo Parish and an elementary school). You can ask the locals and they can guide you all the way. Or you can ride a tricycle naman.

•You can also ride RJ Bus in Monumento bound to Balagtas, Bulacan. Just follow the rest of the instructions above.

For private cars, the street going to the shrine is very narrow to fit a car. I advise caution or better yet walk thru after you reach Mendoza Street.

Till the next trip!

All About That ciTy Girl

She grew up with a steady diet of coloring books, lots of toys from McDonald's and Jollibee and video games.

She's going gaga over books. A broke traveler. She's just a simple girl trying to make life worth living. Most of the time she's funny and crazy but there are times that she's better off as a corpse because she's dead boring.